The travel industry is booming in Asia and two countries at the top of the outbound tourism list are India and China. Here’s how attractions, tour and activity operators in Southeast Asia can capitalise on these emerging markets.

India is rapidly becoming one of the fastest growing outbound travel markets in the world, encouraged by its 7 percent GDP growth rate and rising middle class, as well as the availability of low-cost airlines and diverse travel packages. The World Tourism Organization predicts today’s 20 million outbound Indian travellers will more than double over the next three years.

This rise will continue for decades to come, as India’s population of 1.1 billion is expected to overtake China’s as the world’s largest in the next five years. India’s young, tech-savvy, educated middle class will double in size to 547 million.

India’s peak travel period each year runs from May to June, covering the summer school holidays. 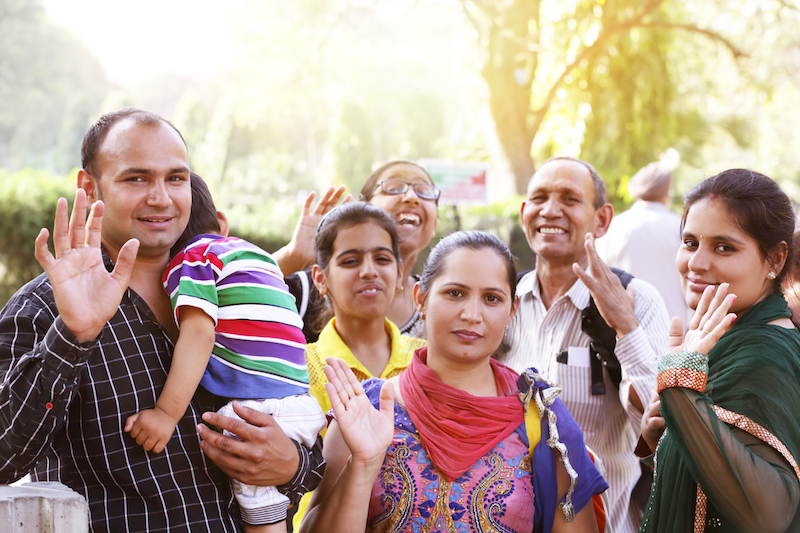 Attraction, tour and activity operators in Southeast Asia would do well to home in on India’s luxury travellers. When travelling abroad, Indian tourists are among the world’s highest-spenders, with an estimated spending power four times that of their Chinese counterparts. Nearly half of all Indians who venture abroad do so to shop, and almost 75 percent buy branded duty-free goods.

Experts will say that creating a distribution strategy designed to attract luxury travellers from outbound markets is important for tour businesses. There are specific Online Travel Agents (OTA) geared toward luxury travel that can help significantly increase luxury bookings. Additionally, it’s important to partner up with Indian OTAs that are well-versed in the needs of this emerging market.

Singapore is a thriving entry point for Indian cruise-ship passengers. According to Euromonitor, the Lion State is expected to see a 59 percent jump in Indian arrivals from 2015 to 2020, with the majority of visitors coming for ‘fly-cruise’ trips. 2017 saw 100,000 Indians setting sail from Singapore, which according to the Singapore Tourism Board, makes India the largest market for cruises departing from the Southeast Asian nation. 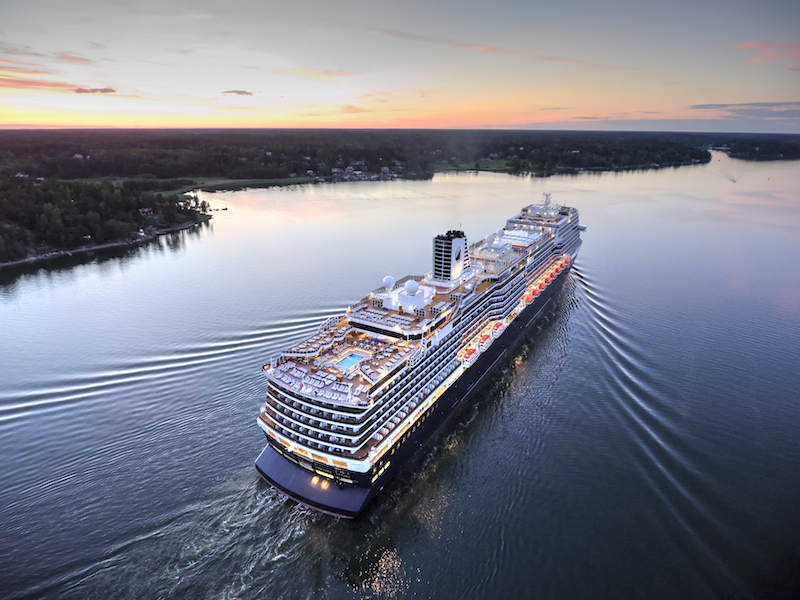 To better accommodate cruise guests from India, tour operators should highlight cruises that offer vegetarian meals, Indian cuisine and culture, and special events that would also appeal to this particular nation.

The Singapore government is supporting tour businesses trying to get people to sail from Singapore via the Cruise Development Fund. Proposed projects for tour agents should fall under the category of ‘deployment and marketing of cruise packages with pre/post stays in Singapore’. Successful applicants receive funding support of up to 50 percent of the qualifying costs.

Indians often travel in family groups. Helping multi-generational trips be stress-free and enjoyable is a major opportunity for the industry to stand out.

According to a Pacific Asia Travel Association (PATA) report, Indian travellers in general are fairly conscious of having earned their success. Operators should be mindful of this when liaising. Also recognising their special needs, such as diet, is crucial. Indians will be keen to try local food but will also desire access to their local cuisine. Indians are used to dining late, so operators should ensure they have access to food later in the evenings.

PATA reports that for Indians to feel welcome, the visa process must be accommodating. Countries that offer faster visa processing times or a visa-on-arrival option will make Indians more likely to visit. Indonesia offer a free 30-day visa-on-arrival to Indian travellers, and neighbouring Malaysia has a new e-visa facility available to Indian residents for a single trip stay for a maximum of 30 days. Thailand, Cambodia and Laos offer visas-on-arrival for a fee, as does Vietnam, provided online approval has been provided in advance by the travel agency.

The China National Tourism Administration reported that in the first half of 2017, China was ranked number one for most outbound trips, accounting for more than a fifth of the money spent by global outbound tourists. And this demographic is only going to rise as the government is issuing another 10 million new travel documents every year.

China’s National Day (October 1) is one of the nation’s peak travel periods, last year seeing approximately 700 million trips made, with Southeast Asian countries as top destinations (China Tourism Academy). Peak travel seasons are also seen between January and February for the Lunar New Year, as well as between June and July.

Judging by the results of a survey of over 3,000 Chinese travellers by Hotels.com, Singapore is the top city destination in Asia Pacific for Chinese travellers. Operators should focus on trips to Indonesia, Malaysia and the Philippines, as these countries will be climbing higher on the must-visit list over the next three years.

Indonesia has launched a programme that plans to open up “ten new Balis”, focusing on other destinations such as Lake Toba in North Sumatra, Labuan Bajo, entryway to the famed Komodo Islands in East Nusa Tenggara, and diving paradise Wakatobi in South Sulawesi. Operators should be looking to expose these lesser-known destinations to both the Chinese and Indian travellers who may have already experienced Bali and are looking for a more authentic experience in Indonesia. 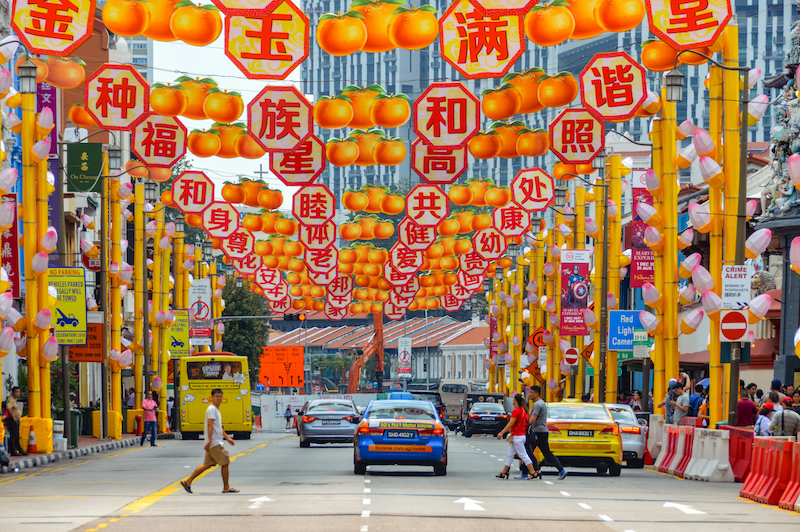 According to The Chinese Outbound Travel Market report, 68% of Chinese look for travel information online, through search engines, on (micro)blogs or via social media. Chinese travellers avoid complicated visa procedures and opt to visit countries with a visa-free or visa-on-arrival policy. Chinese nationals can travel to Indonesia without a visa for a stay of up to 30 days. Laos, Singapore and Thailand offer visa-on-arrival, while Malaysia, Myanmar and Cambodia offer e-visa services to Chinese tourists.

Value for money and sightseeing are factors influencing destination choices. According to a report by CLSA, shopping is no longer the main attraction for Chinese tourists. Instead, visitors value leisure and exploring local culture and heritage. Spending on eco and green tours has risen by 12 percent over the past year. All good news for attractions, tour and activities operators.

A new generation of travellers

Large Chinese flag-following tour groups are giving way to a younger demographic of free, independent travellers (FITs), who are using the internet to plan itineraries, book flights, and share their exploits.

Alex Li of Chinese tour operator CAISSA said the mix is currently about 40 percent group and 60 percent FIT. He believes the FIT market is only going to grow in the future, with the makeup of the segment shifting. According to Li, “Tour operators would benefit from focusing on multi-generation family groups, destination weddings, dating trips and other themed travel packages.”

Having a website in Chinese is vital for operators wishing to tap into the market. The majority of Chinese internet users spend time on social networks like Sina Weibo, where Southeast Asian attraction, tour and activity operators have the opportunity to reach up to 300 million people.

Angela Richardson
Angela is a British journalist based in Southeast Asia who writes for various media, including South China Morning Post, Eco-business.com, Inside Indonesia and Garuda Indonesia Colours. She mainly covers human rights, travel, and the environment.